Kathryn A. Smith on Crafting the Old Testament in the Queen Mary Psalter:  Image, Text, and Contexts in Early Fourteenth-Century England. 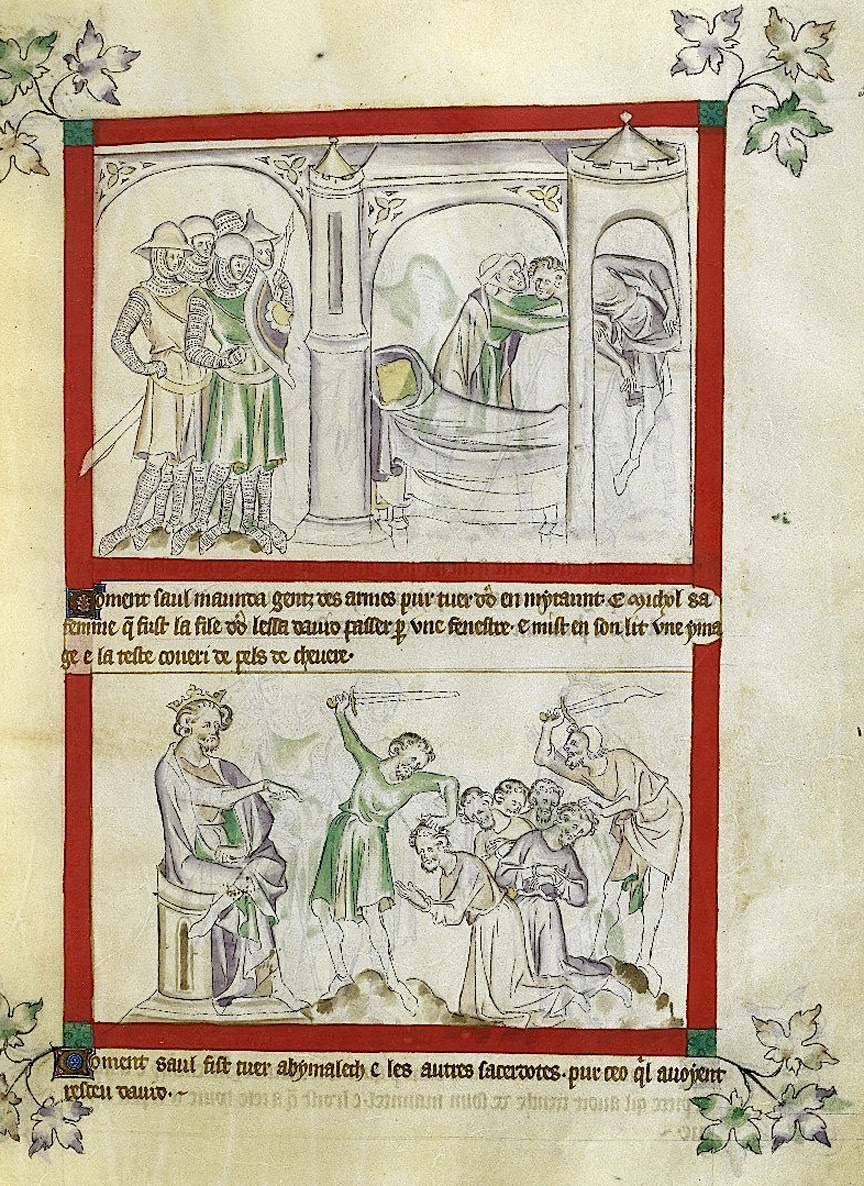 Ms. Smith will speak on one of her current projects — an unusual captioned Old Testament picture cycle in a lavishly illuminated psalter made in England c. 1310-20

Kathryn A. Smith is Professor of Medieval Art in the Department of Art History, New York University.  She is the author of Art, Identity, and Devotion in Fourteenth-Century England (2003), The Taymouth Hours: Stories and the Construction of the Self in Late Medieval England (2012), and numerous articles, essays, and reviews on early Christian and late medieval art.  She is currently working on several projects concerning image-text relationships in medieval manuscripts and the roles of images, including manuscript illuminations and sculpture, in late medieval religion and culture.

The 128th meeting of the NY Comics & Picture-story Symposium will be held on Tuesday, Sept. 29, 2015 at 7pm at Parsons The New School for Design, 2 West 13th Street, in the Bark Room (off the lobby). Free and open to the public.