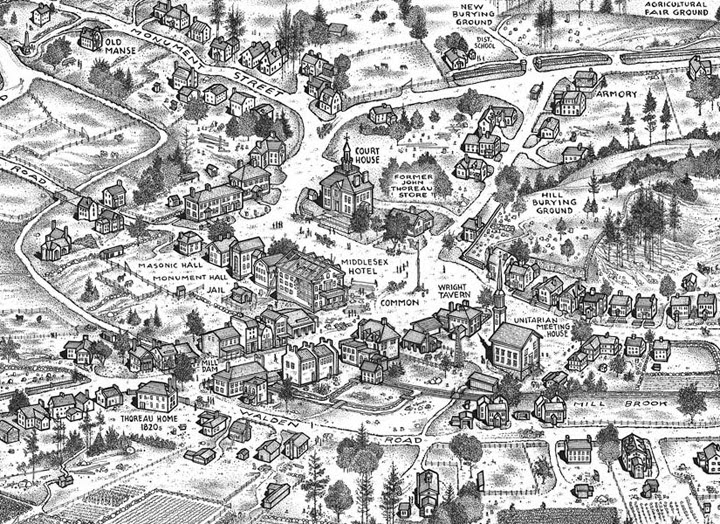 John Roman reveals the curious connection between being a cartoonist and his work in the field of “imaginative” mapping. In particular, Roman will discuss the conceptual and aesthetic process behind one of his map assignments: an historically-accurate recreation of Henry David Thoreau’s world (circa 1845).

Cartographic illustrator John Roman is author of the recently-released book, The Art of Illustrated Maps (2015), as well as creator of three nationally-syndicated comic strips (King Features and United Feature Syndicate). Roman is also assistant professor of Illustration at the Massachusetts College of Art and Design in Boston.

The 184th meeting of the NY Comics & Picture-story Symposium will be held on Tuesday, April 11, 2017 at 7pm at Parsons School of Design, 2 West 13th Street, in the Bark Room (off the lobby). Free and open to the public.