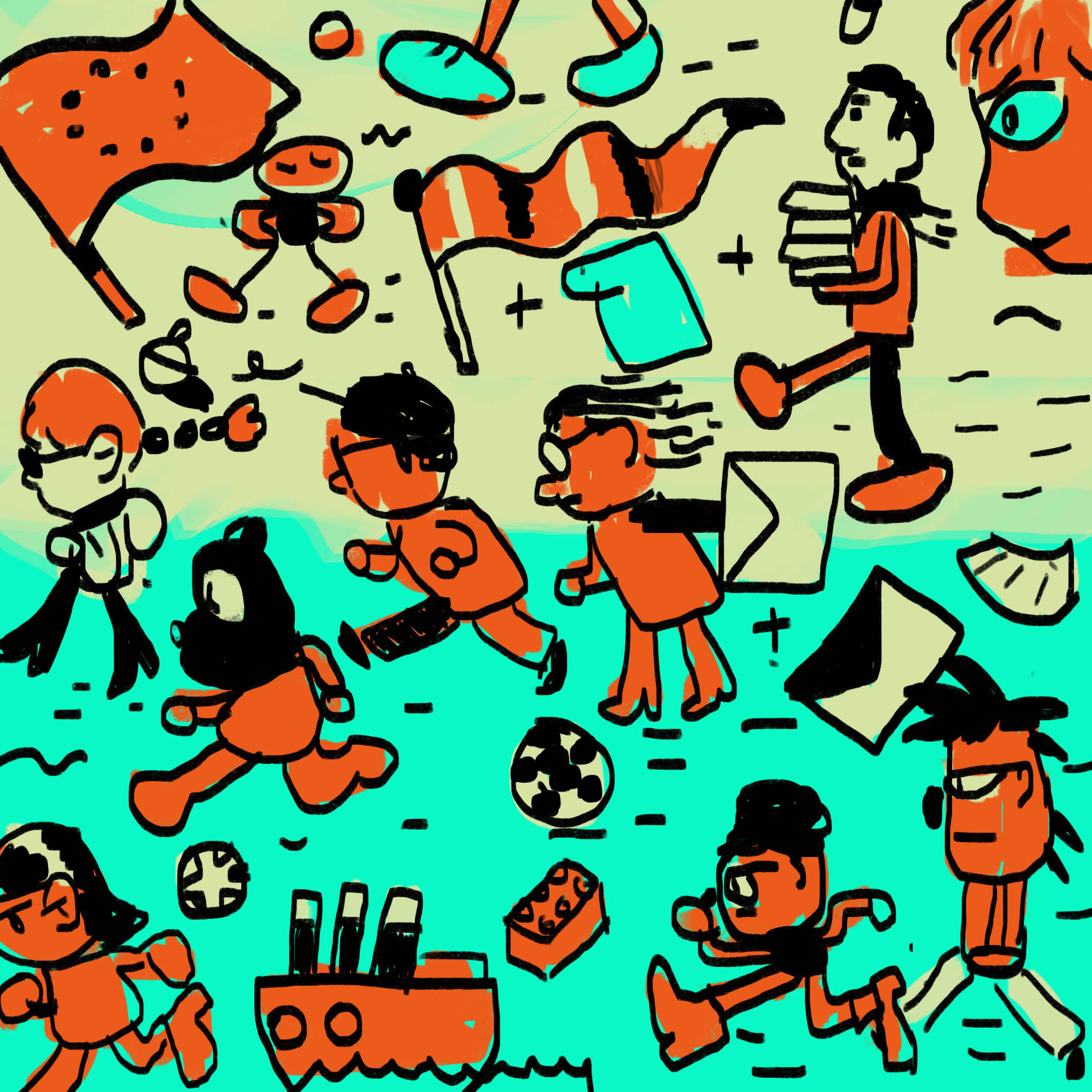 [above] Illustration by Patrick Crotty

Tom Oldham is a co-founder of Breakdown Press, a comics publisher based in London, UK. Breakdown Press is dedicated to publishing the very best in comics art, whether the cutting edge work of new cartoonists or undiscovered classics of the past.
Patrick Crotty is an artist and the official boss of the Swedish PEOW! studio. PEOW! is a publisher, shop and risograph studio based in Stockholm, publishing intergalactic comics from Sweden and abroad.
Tommi Musturi is an artist and co-founder of KUTIKUTI, a non-profit contemporary comics association and artist collective formed in Finland. KUTIKUTI are ca. forty members who make, teach and publish comics. They operate internationally with an aim to maintain and develop comics as an art form.
David Schilter is a co-editor of kuš!, a small press publisher from Riga. kuš! promotes alternative comics in Latvia and abroad. Next to publishing international anthologies and mini comics, they organize exhibitions workshops and other comic-related events.

A special meeting of the NY Comics & Picture-story Symposiumwill be held on Thursday, Nov. 5, 2015 at 7pm at Parsons The New School for Design, 2 West 13th Street, in the Bark Room (off the lobby). Free and open to the public. PLEASE NOTE: THIS EVENT IS HAPPENING ON THURSDAY!